I purchased this Alfa 2600 from a friend in New Hampshire. It was a three California owner car. In fact all three owners lived just a few miles from each other and the selling dealer.  Rust free and very original.

I sold the car on Bring a Trailer this was BaT's description:

This 1964 Alfa Romeo 2600 Spider was completed on March 10, 1964 and reportedly spent much of its life in California before being acquired by the seller in December 2020. The car is finished in red over black vinyl upholstery, and power is supplied by a 2,584cc DOHC inline-six equipped with triple Weber carburetors and paired with a five-speed manual transmission. Additional equipment includes electronic ignition, a stainless-steel exhaust, a Blaupunkt AM/FM radio, front driving lamps, and a black soft top. Recent maintenance consisted of an oil change, a brake fluid flush, and replacement brake lines. This 2600 Spider is being offered with an Alfa Romeo Certificate of Origin, a tool kit, owner’s manual, service records, prior registration cards, and a clean Georgia title in the name of the seller’s business.

Approximately 2,255 examples of the Touring-bodied 2600 Spider were produced between 1962 and 1965. This example was factory-finished in Rosso and received a bare-metal repaint in 1994. Features include a black soft top and tonneau cover, along with front driving lights, a driver’s side mirror, and chrome bumpers. A touched-up paint chip on the hood is pointed out in the gallery below.

The silver-painted steel wheels feature polished Alfa Romeo-branded hubcaps and are wrapped in 185-width tires. The car rides on Koni shock absorbers, and the seller notes that the steering box was rebuilt in 2015. Stopping power is provided by power-assisted Girling four-wheel disc brakes, which were recently flushed and fitted with replacement lines.

The cabin features bucket seats trimmed in black vinyl along with a matching dashboard, door panels, and carpets lined with Coco mats. Lap belts are fitted for front occupants, and amenities include a dash-mounted rear-view mirror and a Blaupunkt push-button AM/FM radio.

A three-spoke steering wheel sits ahead of Veglia instrumentation including a 150-mph speedometer, an 8k-rpm tachometer, and auxiliary gauges for coolant temperature, oil pressure, oil temperature, and fuel level. The five-digit odometer shows just under 29k miles, around 50 of which have been added during current ownership. Total mileage is unknown.

The 2,584cc DOHC inline-six features aftermarket electronic ignition, a stainless-steel exhaust system, and triple Weber carburetors. The valves are said to have been replaced in 2003, and the radiator hoses replaced in 2015. An oil change has been performed recently, and the results of a compression test can be seen in the gallery.

Power is sent to the rear wheels through a five-speed manual transmission, and the rear axle seal is said to have been replaced in 2017. Additional underbody images are provided in the gallery below. 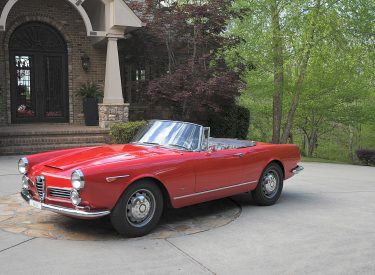 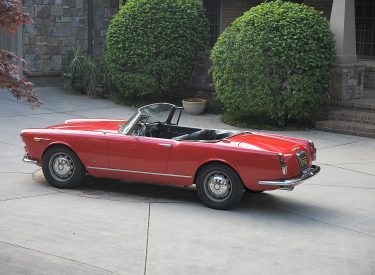 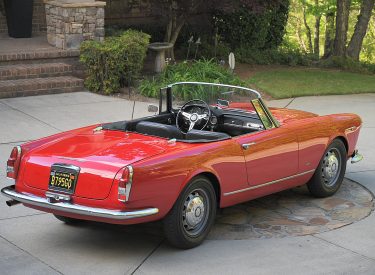 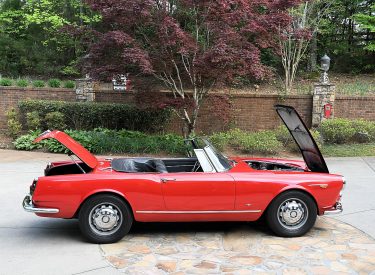 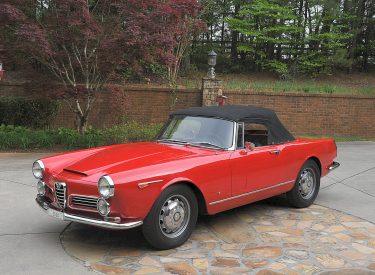 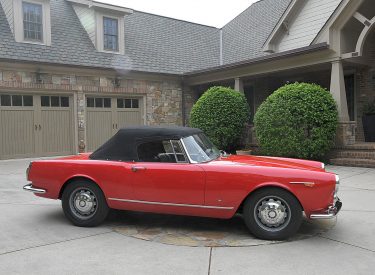 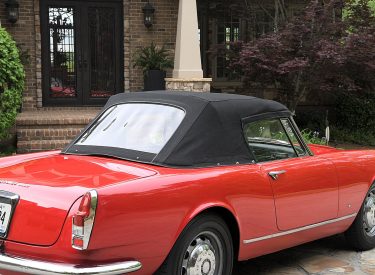 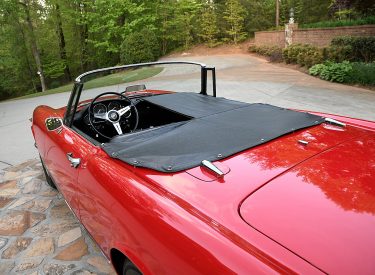 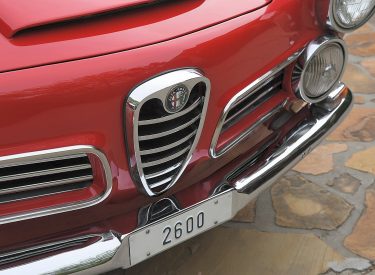 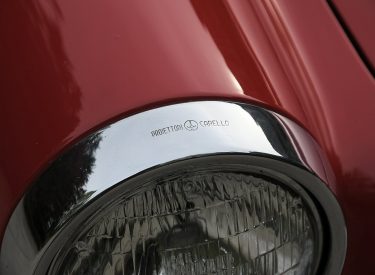 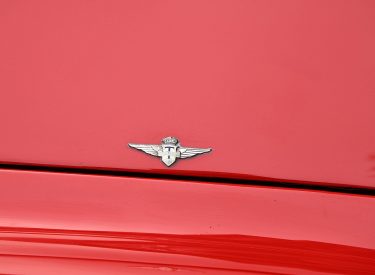 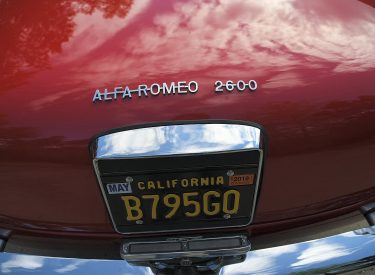 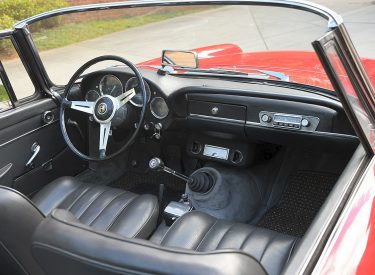 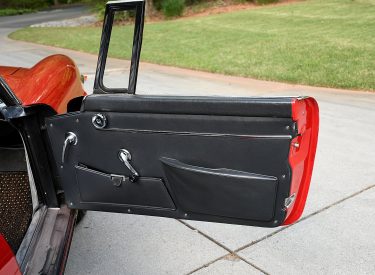 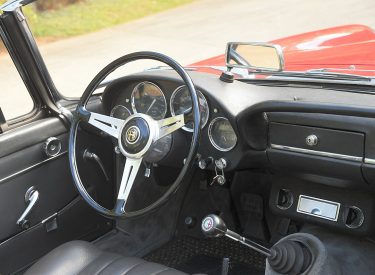 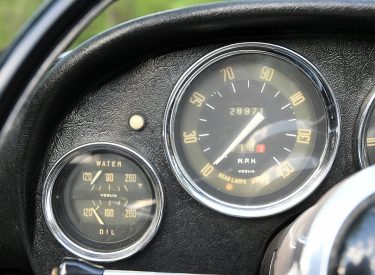 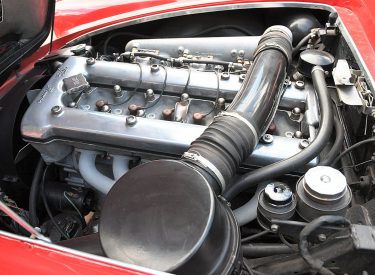 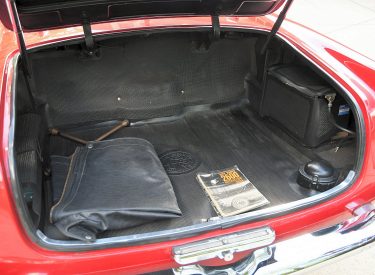 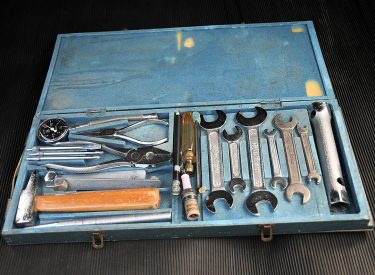 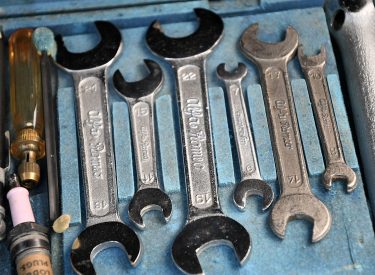 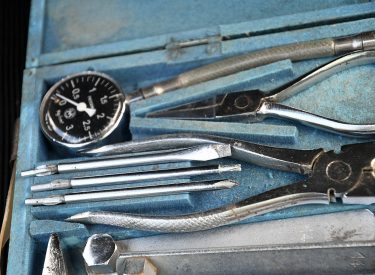 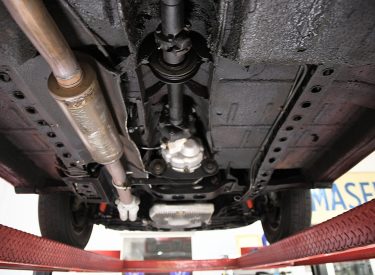 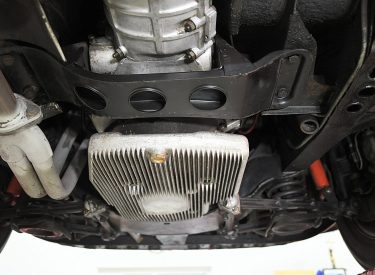 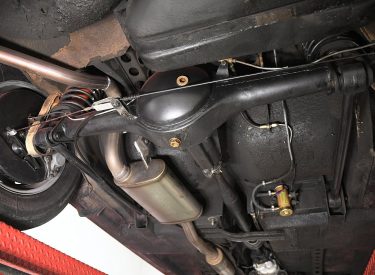 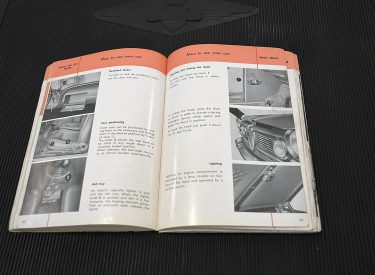 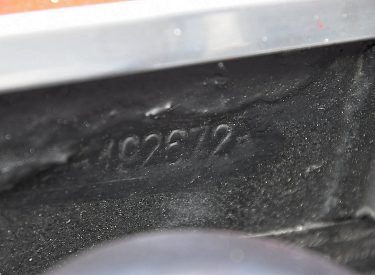