February 2006: The car is now back at my house where it is slowly getting back together. I have many other car projects and, since those are cars I am selling, they take priority.

April 2006: The wiring harness, gauges and brake lines are being installed. I am using stainless steel fasteners whenever possible. 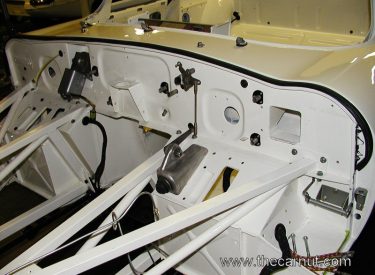 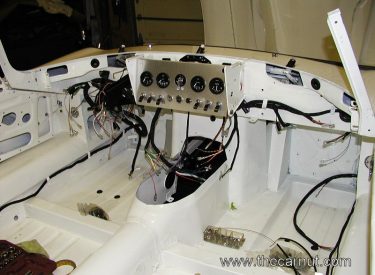 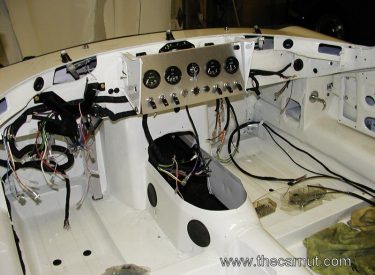 September 2006: Progress has been slow, but steady. Wiring harness is almost completed, so are the brakes lines and front calipers. The right door had the glass and mechanism installed. Steering column and handbrake were installed. 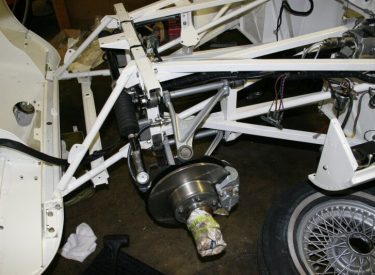 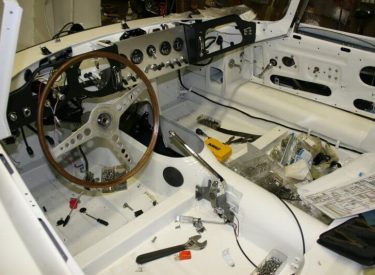 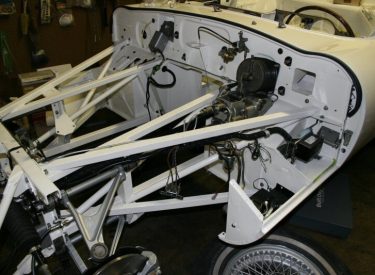 December 2006: Engine is back from Coventry West, where they did a complete overhaul. New pistons, valves, valve guides, oil pump, chains, Teflon seals ... you name it, it was replaced. The engine was then balanced. I obtained a rebuilt full synchro gearbox from a later 4.2 car. I had the original bellhousing machined to accept the later gearbox, that way the original starter can be used and no modifications will be needed to the wiring harness. An aluminum flywheel was fitted ... this should be a nice revving engine. 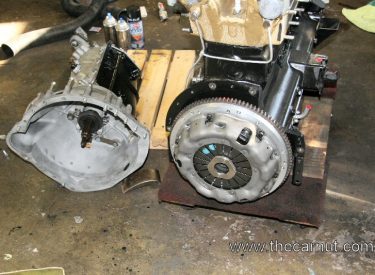 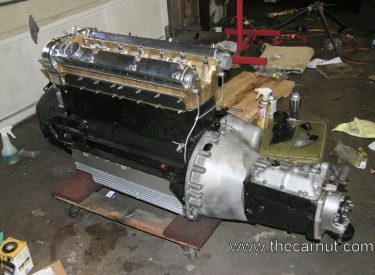 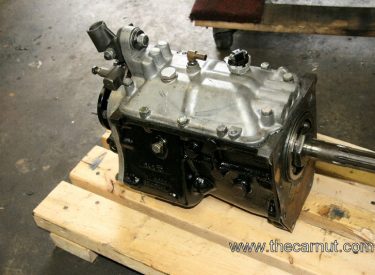 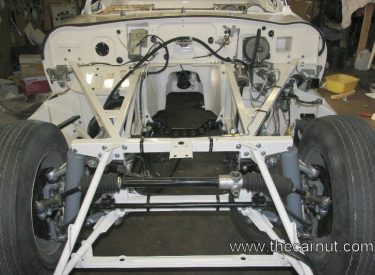 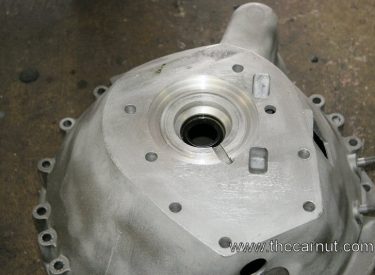 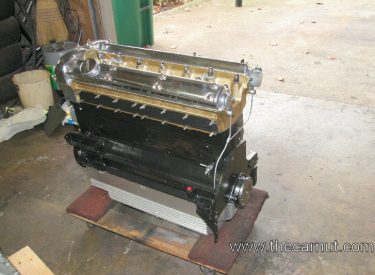 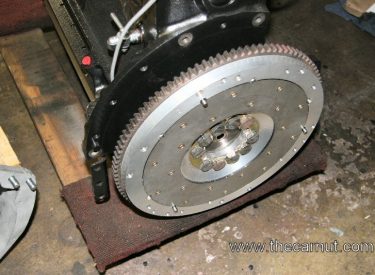 December 15, 2006: The day has finally come; time to put the engine and transmission back in the car. It really helps to have a large engine hoist and something to adjust the engine angle. It is a very tight squeeze and there are times one could say there is no way the engine will fit ... but it does. I still have a lot of work to complete the car, but step by step it is looking like a real car. 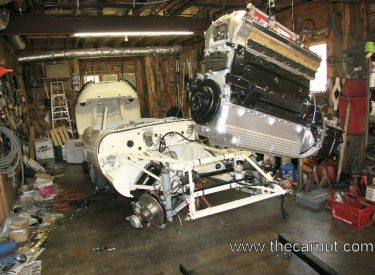 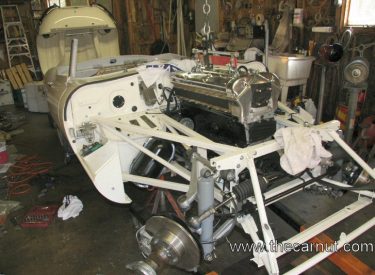 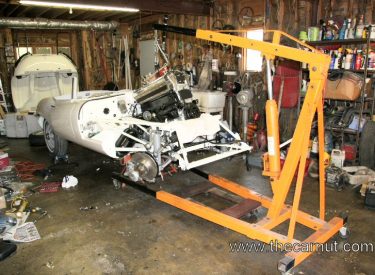 January, 2007: New aluminum radiator is installed, so is the header tank and cooling fan. Starter and generator are also installed. 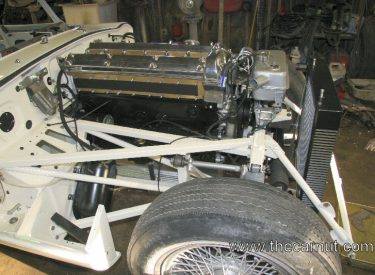 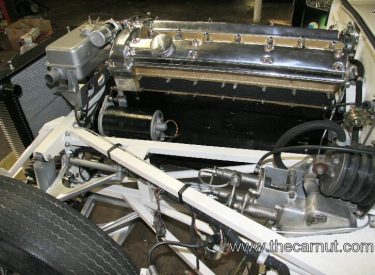 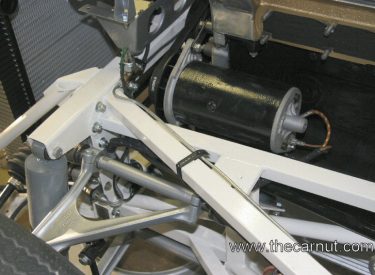 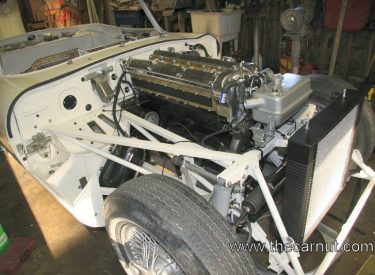 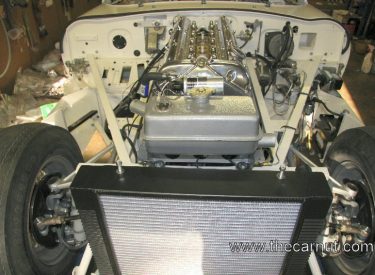 March, 2007: Carbs were rebuilt and installed. All fuel and vacuum lines are installed. Distributor was shipped to specialist to test and adjust advance curve. Parts supplier incorrectly shipped me two front exhaust manifolds, the rear manifold is in backorder until end of April. Exhaust installation will have to wait until manifold arrives. After exhaust is installed I'll be ready to start the engine. Since car has no undercoating it is important to install good sound and heat shielding material, if not the car will sound like a tin can and will be unbearably hot. Dynamat was selected due to its ease of installation and because it does not attract moisture. My nice white tub is now less pretty, but all of this will be covered with carpeting and hardura. 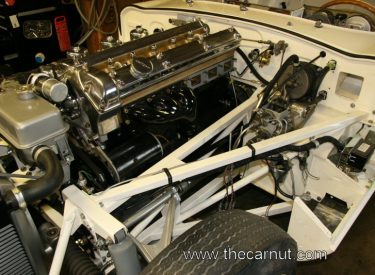 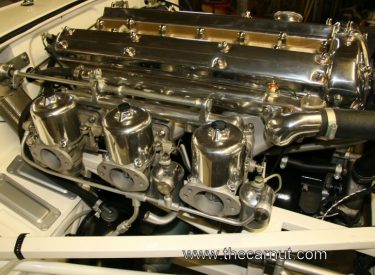 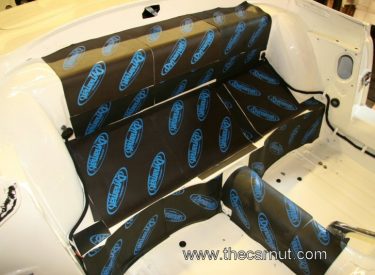 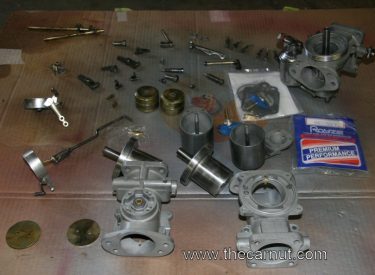 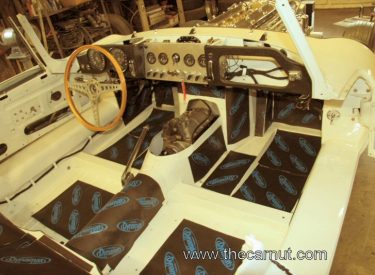 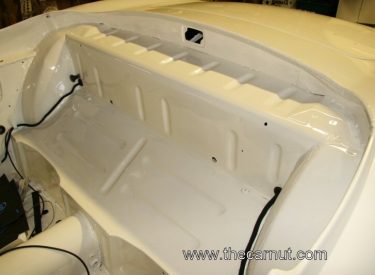 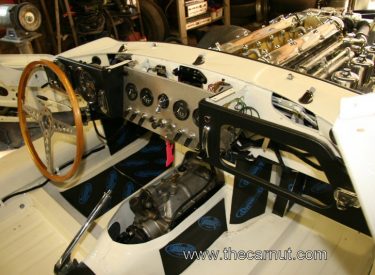 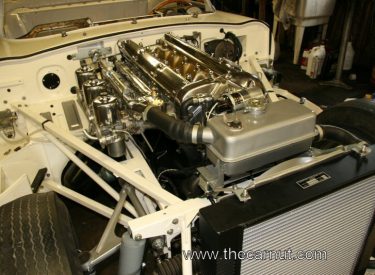 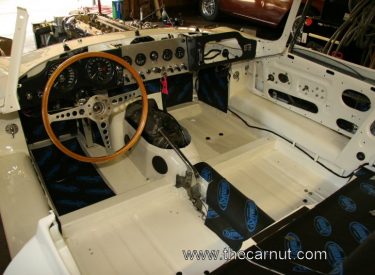