If you are not familiar with the Khamsin and need additional information, please visit this page on my website: http://thecarnut.com/Khamsindesc.html

Also, read this recent Classic Motorsports article on the Khamsin

The Khamsin was the last of the great front engine Maserati GT cars of the 1960's and 1970's. Of all the Maserati models the Khamsin is perhaps the most misunderstood. The engine is the bullet proof four overhead cam, dry sump, 4.9 liter V8 that was also used on the Ghibli SS. The biggest improvement was in the suspension. For the first time a Maserati front engined GT car had a sophisticated independent rear suspension.

Brakes and power steering used a high pressure hydraulic system developed by Citroen. This same system controls the raising of the headlights and seat. Contrary to some magazine articles the shocks are the traditional type and not part of the hydraulic system. The Citroen system is quite reliable but some people have no clue how to work on it and this sometimes has given the system a bad reputation. The hydraulic system is actually quite good and has proven itself over the years. Of the 430 Khamsins built, only 155 were imported into teh USA. Of these 100 were 5-speed and the other 55 were automatic. At least 30 of the USA Khamsin have been shipped to Europe due to the weak dollar; making this 5-speed Khamsin quite rare.

The styling of the Khamsin was done by Gandini, and it is breathtaking! The hood has non-symmetrical louvers and sits low do in part to the engine being of dry sump design. The back of the car gets the most attention with its vertical clear panel. Visibility when backing the car is superb! Unfortunately most Khamsin were exported to the USA and DOT regulations of that time did not allow for the stylistic bumper and position of the tail lights. While it was customary for Italian cars coming to the USA to get big rubber bumpers, on the Khamsin the USA bumpers plus the repositioning of the tail lights transformed a thing of beauty into one that looks rather heavy. Luckily Euro bumper kits are available and step by step instructions have been posted on the Khamsin Registry website. This car has had the rear bumper replaced with the Euro version. The front bumper is still the USA version, but that is much easier to replaced if you wanted to do it in the future.

Overall the car is in good driver quality condition. The panels are straight with good gaps. Paint is smooth with a nice shine. AC works, Car was just driven on a 350 mile trip without problems. The main hydraulic accumulator was just replaced. The two brake accumulators were rebuilt in 2004 and should not due for a rebuilt until 2014. This Khamsin includes reprints of the owner's , parts and repair manuals, original sales brochures, spare tire (under the engine), spare tire adapter, maintenance receipts and a car cover.

You can send me an e-mail if you are interested at ivan@thecarnut.com 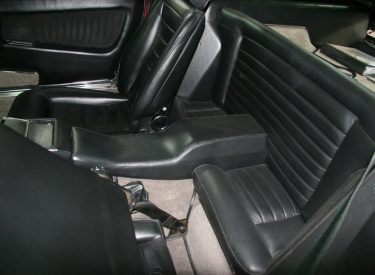 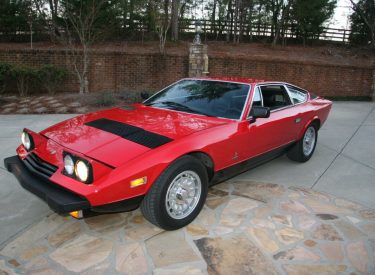 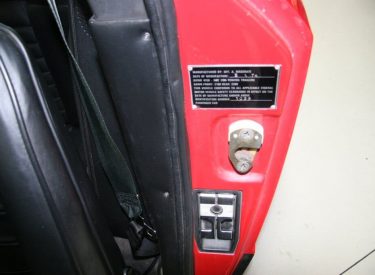 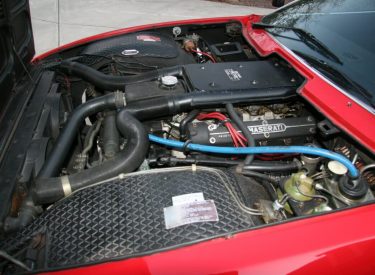 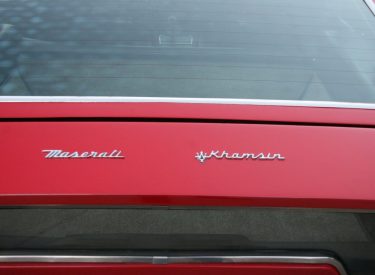 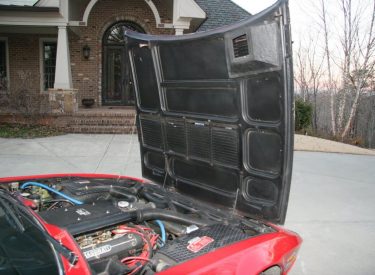 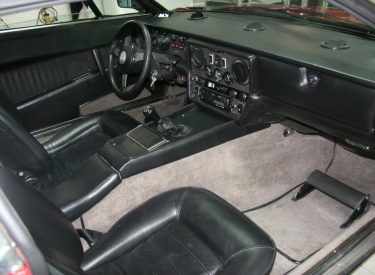 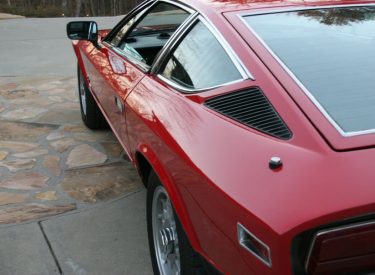 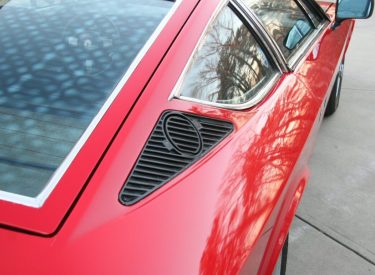 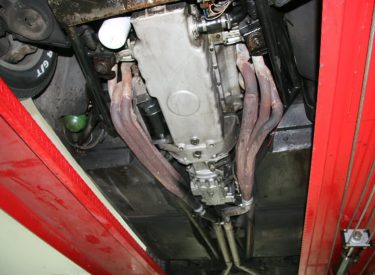 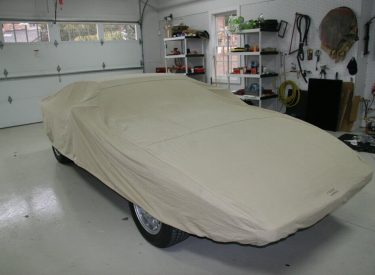 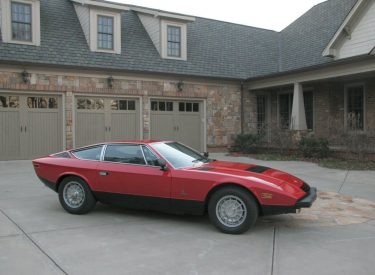 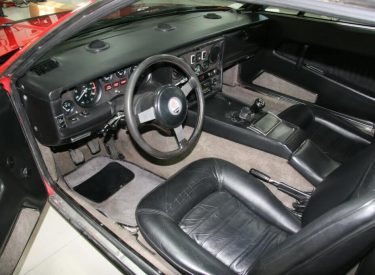 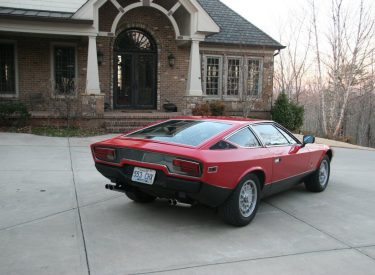 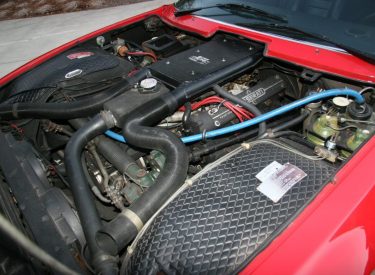 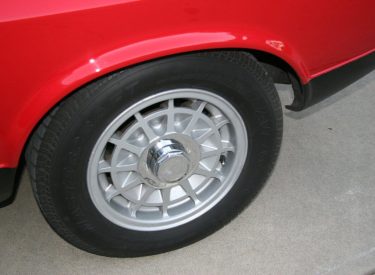 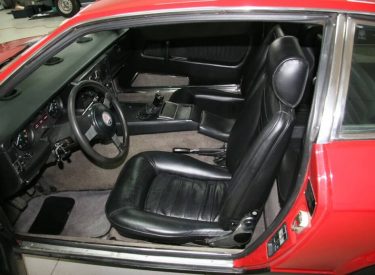 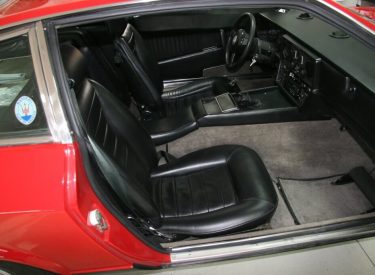 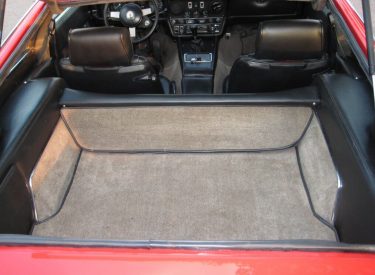 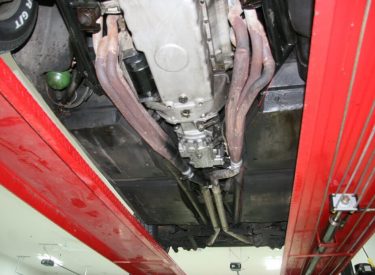 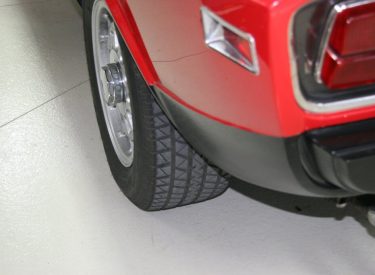 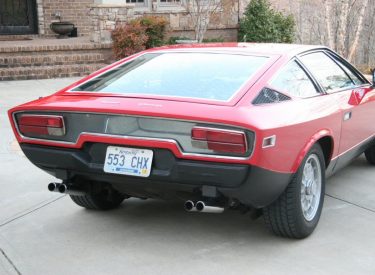 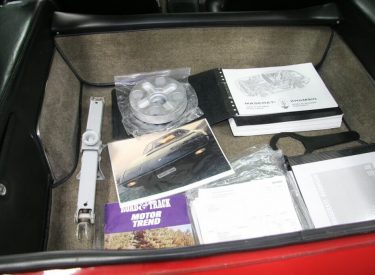 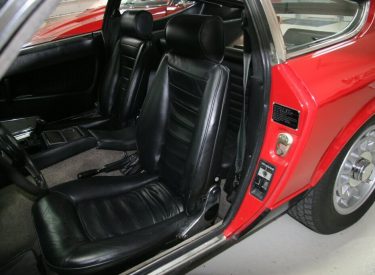 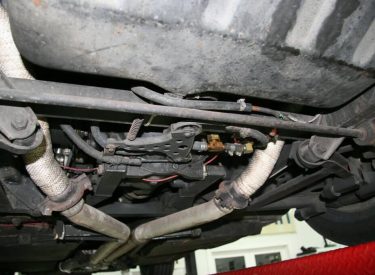 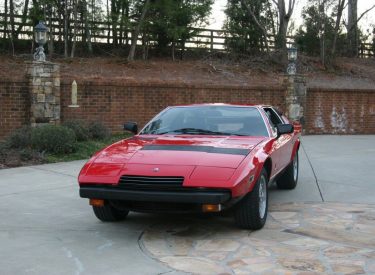