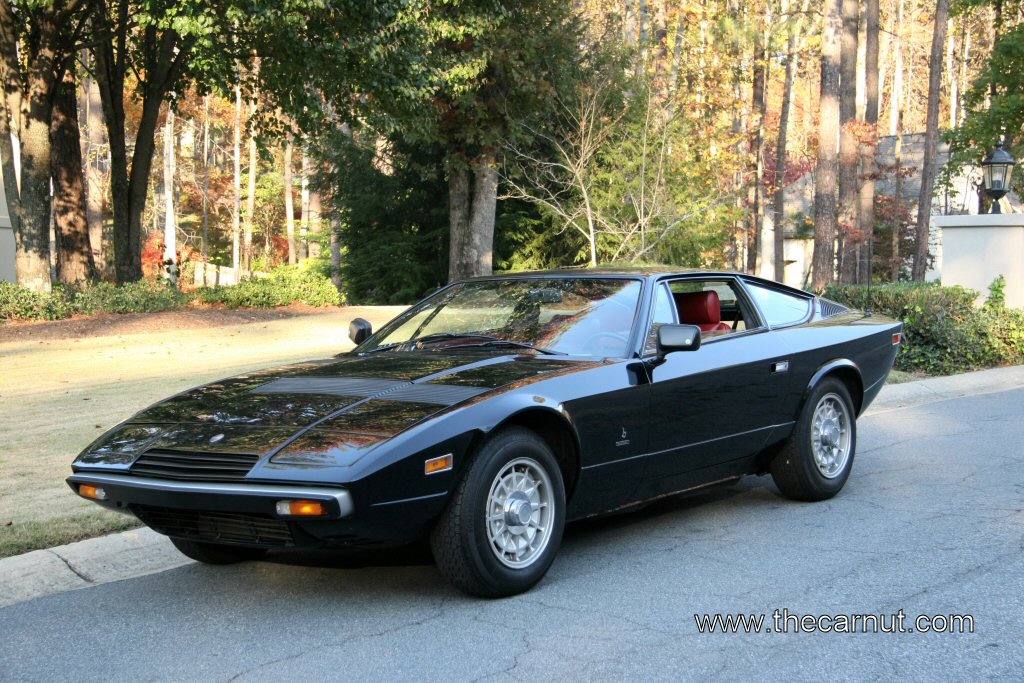 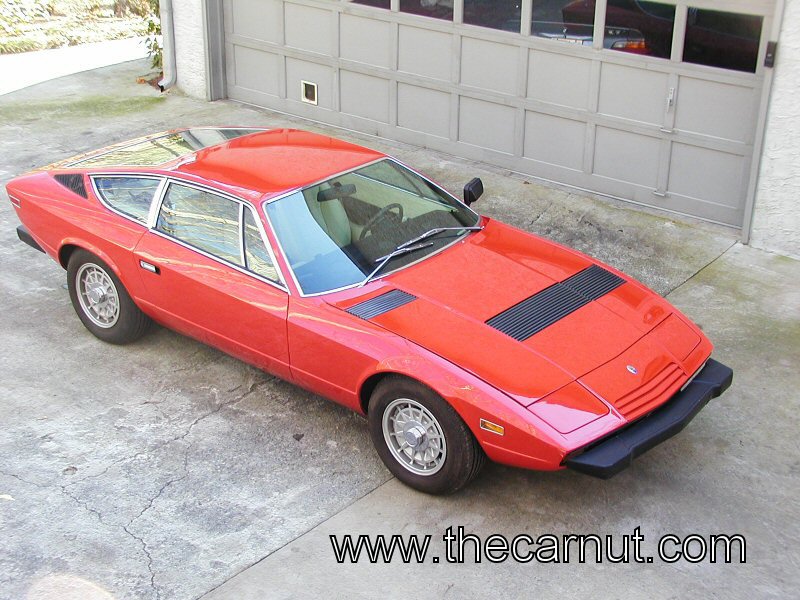 The Khamsin is perhaps the most interesting Maserati GT. Designed by Marcello Gandini, of Lamborghini Miura and Countach fame, its controversial designed was a major departure from prior models.

The Khamsin is a front engine supercar powered by the bullet proof dry sump V8. Although there are two “occasional seats” the car is really a two seater and not a 2+2. In all practical terms, the Khamsin is the successor of the Ghibli.

The French company Citroen was a majority stakeholder at the time the Khamsin was designed, which explains the use of Citroen brake and steering components. Of all the Maserati production cars to use Citroen components (late Indy, Bora, early Merak) the Khamsin was the only one to use Citroen’s self centering steering. I must admit that during my years of Khamsin ownership that was the one feature that took the most time to get used to. You just think were you want to go and the car will follow … it is that sensitive! And never even dream of letting go of the steering wheel in a curve as it will go to dead center in 5 nanoseconds. Don't get me wrong, once you are aware of how the steering works it is just a matter of getting use to it. The rest of the car is wonderful! Especially the hydraulically assisted clutch ... what a great idea! Using the clutch in heavy traffic is a piece of cake ... do not try the same in a Bora! The Khamsin is one of the few Maserati GT cars where the automatic is not that bad. Do not dismiss a nice Khamsin just because it is fitted with an automatic transmission as many were. Still, my preference is the ZF 5-speed gearbox.

Different from the Ghibli which was rather technology plain, the Khamsin is a rather sophisticated machine with independent rear suspension, Citroen hydraulically assisted clutch and brakes, hydraulic seat adjustment and headlight lifts … even the ZF 5-speed seems more civilized than in prior models.

Just like the Bora, the Citroen hydraulics on the Khamsin are many times misunderstood and get undeserved negative comments. With some minimal routine maintenance the system is very reliable. About every 10 years the two brake accumulators should be recharged with nitrogen and the main accumulator replaced. There are folks that provide this service at a very reasonable cost. If the accumulators are not recharged they will eventually fail. Luckily the accumulators can be rebuilt at a reasonable cost. When purchasing a Khamsin always ask for evidence that the accumulators have been serviced even if everything is working properly. A much more serious problem is when someone does not use the proper LHM “green fluid”, thus contaminating the system. Normal brake fluid is especially detrimental to the Citroen system.

The Gandini design looks much better in person than in photographs. I get more positive comments when driving the Khamsin than just about any other Maserati … including a Ghibli spyder. One negative aspects of US-bound Khamsin were the rear bumpers which destroyed Gandini’s design. The original design called for the rear tail lights to be mounted on a vertical glass with a stylish rear bumper. In order to meet US regulations a big ugly rear bumper was used and to add insult the tail lights were relocated under the rear glass. I converted a US Khamsin to the euro design. Kits are available  but it does takes significant work to get them installed, especially the back. 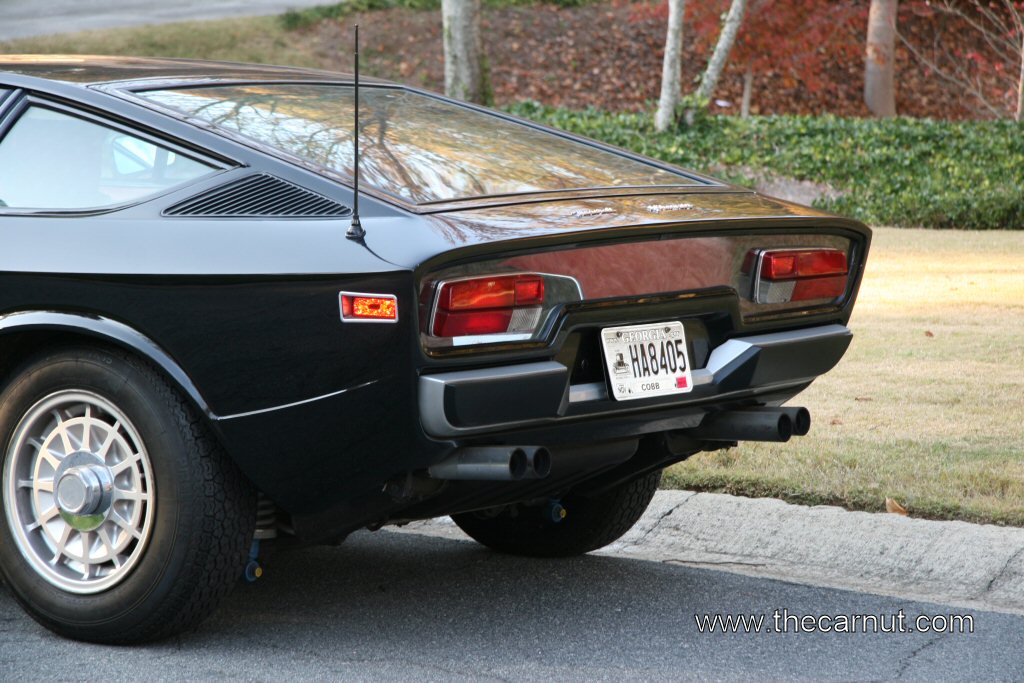 Euro treatment of rear end. This is the way the car was designed. 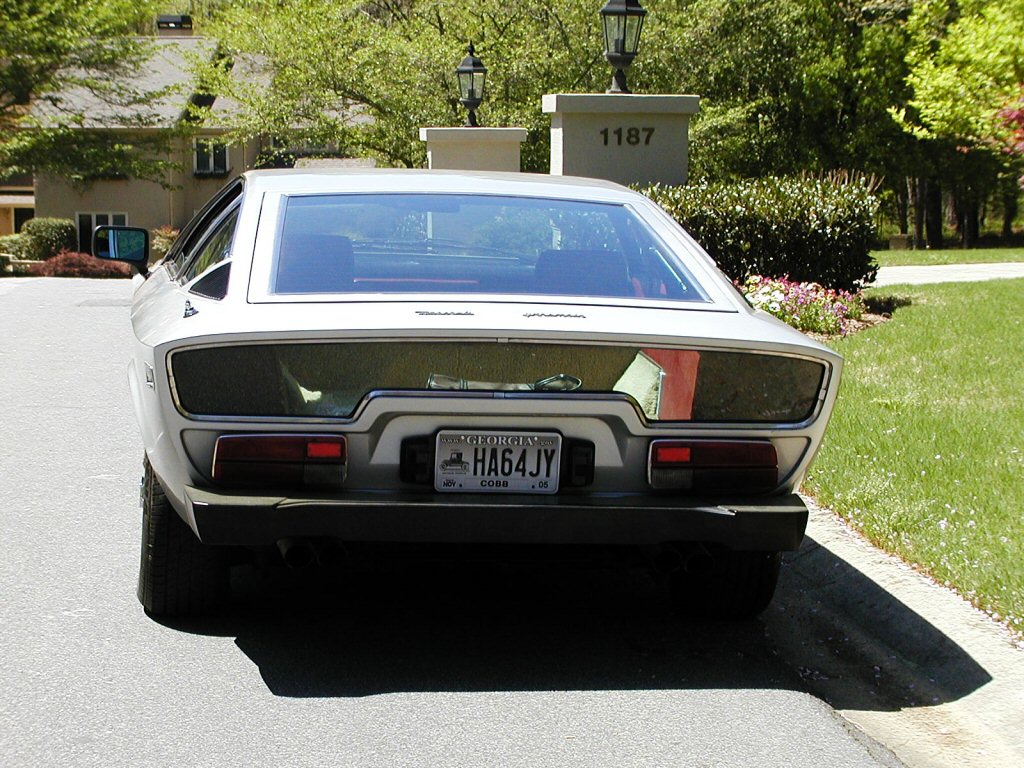 The engine compartment on the Khamsin is much more crowded than a Ghibli, especially on a US car with all its emission control stuff. Part of the clutter is the high mounted steering rack, I do not recall too many other cars where the steering rack is that visible inside an engine compartment. Still compared to modern cars, the Khamsin engine is rather straight forward and can be maintained by a knowledgeable home mechanic.

Overall I give the Khamsin very good marks. Prices have been depressed for a long time but do not expect them to stay this way for too much longer. There were much fewer Khamsin made than Ghibl. Perhaps a many as 30% were automatic. Look for cars in very good condition, the 5-speed is more desirable. Stay away from project cars as these cars are very expensive to restore.