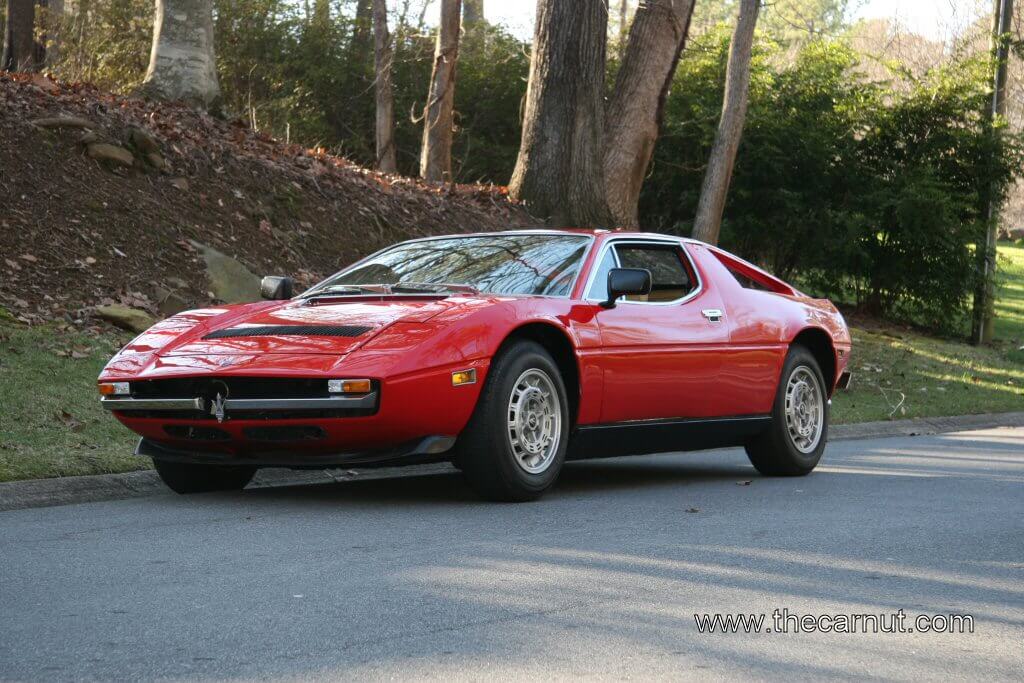 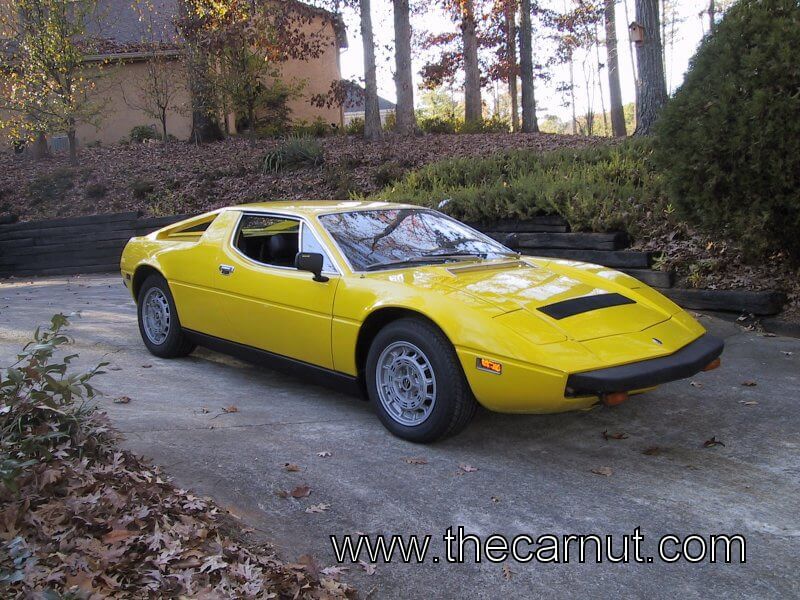 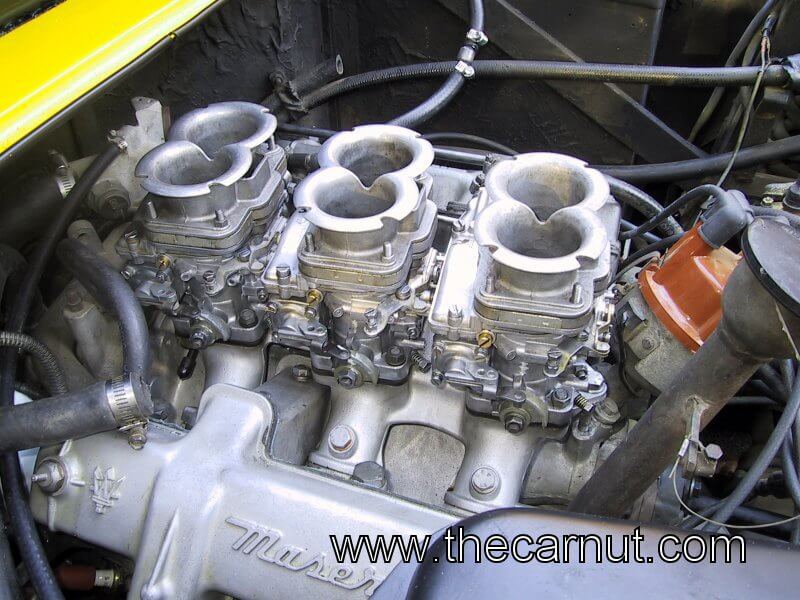 The Merak was introduced as a low cost alternative to Maserati’s supercar, the Bora. Maserati’s goal was to basque on the limelight of the Bora by sharing some of the sheet metal. The French company Citroen was a majority stakeholder at this time and another goal was to utilize the V6 engine that had been developed for use on the Citroen SM.

From the doors forward, the Merak and Bora are virtually identical. The rest of the car is an entirely different story. The first iteration of the Merak can be distinguished by the Citroen style interior. Although not what you would typically find in an Italian car, this rather awkward interior is rather cool. The minor gauges (temp, oil) are very hard to read and rather useless,s and there is an over abundance of warning(idiot) lights. Around 1975 the interior dash was redesigned but still used way too much plastic. Finally in 1977 when the Bora went out of the production, the Merak all of the sudden became Maserati’s only sportscar and it received a significant interior upgrade. Also the car was rebadged as Merak SS. These cars shared many of the interior components of the Bora, but not the seats nor the hydraulically operated pedals.

The SS engine was first introduced during 1975, although the cars did not have the SS designation. The displacement was increased to 3.0 liters and the carbs were now Weber 44DCNF. Initially the Merak had the Citroen hydraulic braking system. This same hydraulic system also controlled the headlight raising. Maserati did not use Citroen’s hydraulic suspension on its production cars. In 1977, with the US introduction of the Merak SS, the headlight mechanism was replaced with an electric motor and the brakes were standard hydraulics. On these cars the Citroen hydraulic pump and accumulators are gone. Most non-US Merak SS made during the 1980’s were produced with the Citroen brakes.

Merak have a strong tendency to rust, especially around the two rear gasoline tanks. Check the area under the rear seats by lifting the seat bottoms, some rust is to be expected but be careful with extensive damage. Also check the front trunk floor and the areas where the suspension is welded to the front frame. Rust around the windshield and rear glass is also a sign of trouble. The rear buttresses were initially made of steel and later of fiberglass. They are purely cosmetic and add no rigidity to the body. The buttresses are a rather distinctive and attractive feature on the Merak, but they do get in the way when working on the engine, which explains why so many have them are cracked.

I am not a big fan of the V6 engine, especially when compared with the bullet proof V8. Access to spark plus and carbs is harder on a Merak than on a Ghibli or even a Bora. The Merak, even the SS version is underpowered although I must admit the engine revs rather nicely … providing the sensation of going fast even when you are not. The gearbox is a Citroen unit (not a ZF as claimed in several publications) which sometimes has problems when shifting into 1st gear and or reverse. The Merak V6 engine is known for timing chain problems, something unheard of for the V8. It is imperative that the two upper chains be properly tensioned. The lower chain is self tensioning and many times failed. An improved lower chain tensioner was introduced late in the Merak SS production. You can check which type of chain tensioner is in your engine by dropping the oil sump … which is rather easy on the Merak.

Overall the Merak offers a lot of exotic look and feel for the dollar. Currently priced at roughly half the cost of a Bora in equivalent condition, they represent an economical entry point at exotic car ownership. Stay away from Merak needing work, rough Merak seem to be plentiful and are a sure way into financial disaster.